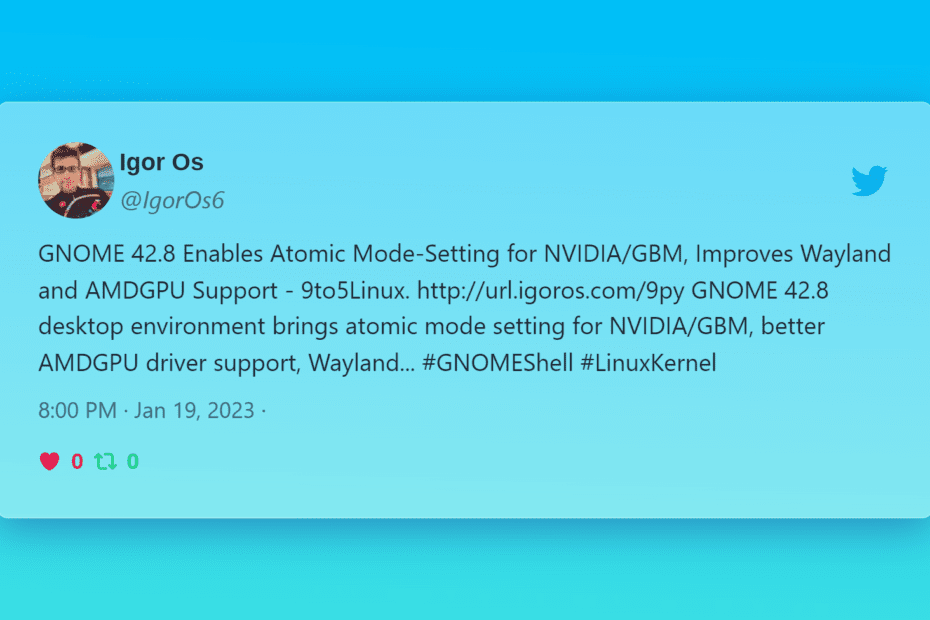 The GNOME project has released version 42.8 of its desktop environment, which includes a number of improvements and bug fixes. One of the most notable changes in this release is the addition of atomic mode-setting for the NVIDIA graphics driver with GBM support.

This feature was previously not available in earlier versions of GNOME 42, due to compatibility issues with the EGLStream-based page-flipping used by NVIDIA.

Another major change in GNOME 42.8 is the improved handling of stage view updates and window screenshots in the Mutter window and composite manager.

This update addresses a problem where screenshots were being cut off at the bottom right and improves the overall performance of the Mutter window manager.

GNOME Shell has also received a number of updates in this release, including a fix for an issue that prevented Wayland popovers from blocking the Activities Overview, and the proper application of permissions for saved inhibited shortcuts.

This fix addresses an issue that was present in the Fedora Linux 37 Workstation distribution, which caused key grabs and key passes to virtual machines or remote systems to break.

Some of the most interesting changes include the ability to access settings for known Wi-Fi networks on the Wi-Fi page, a fix for a crash in the Network page when disconnecting a Wi-Fi device, and the ability to display a fallback avatar on the Users page when the one set by the user fails to load.

Users are encouraged to upgrade to this latest release as soon as it becomes available in the stable software repositories of their GNU/Linux distributions. Two more maintenance updates are planned for GNOME 42 before it reaches the end of life, namely GNOME 42.9 in mid-February and GNOME 42.10 in mid-March 2023.