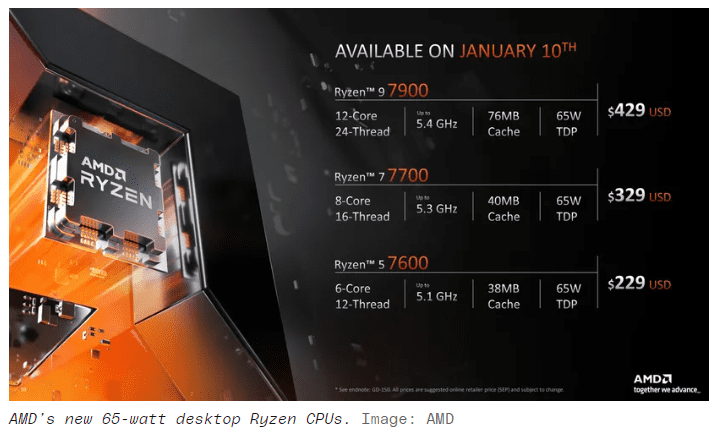 AMD is releasing its powerful 3D V-Cache technology for its upcoming Ryzen 7000 desktop processors, including the Ryzen 9 7950X3D, 7900X3D, and 7800X3D, set to hit the market in February.

These chips are expected to significantly improve PC gaming and productivity, potentially allowing AMD to reclaim its position as the leader in PC performance from Intel’s Core i9-13900K.

PC gaming enthusiasts have reason to be excited with the release of AMD’s first desktop processor featuring 3D V-Cache technology, the Ryzen 7 5800X3D. 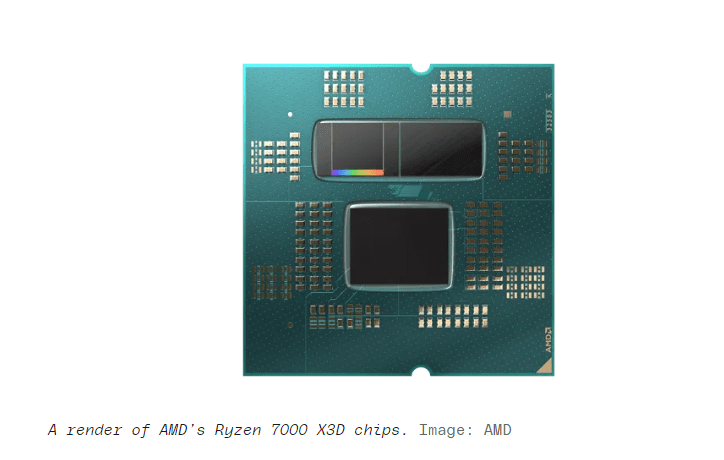 By including its 3D V-Cache technology in its Ryzen 9 processors, AMD is providing an opportunity to see the full potential of this technology in terms of productivity and rendering applications, as well as in PC gaming performance.

These are some of the highest-performing consumer CPUs offered by AMD.

The top-of-the-line Ryzen 9 7950X3D features 16 cores, 32 threads, a 120-watt TDP, and a generous 150MB of L2 and L3 cache. AMD claims that this processor will be the “ultimate” choice for both gamers and content creators, offering 15-25% improved performance in CPU-bound games at 1080p resolution. 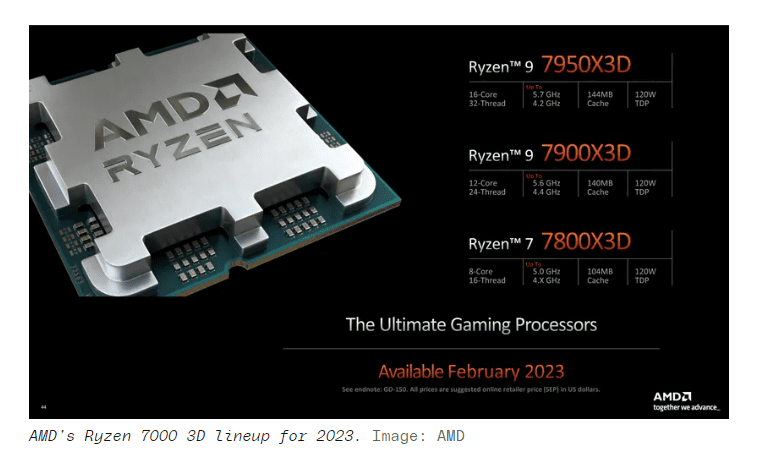 According to AMD, the Ryzen 9 7950X3D will offer significant productivity improvements as well. The company claims that it will deliver up to 52% better performance in file compression (using 7-Zip) compared to the i9-13900K, a 17% improvement in Adobe Premiere Pro (based on PugetBench Live Playback Score), and a 4% boost in file encryption (using VeraCrypt AES).

While these claims will need to be verified through testing, the impressive performance of the 5800X3D in gaming suggests that the 7950X3D may also deliver significant gains.

AMD has announced that the Ryzen 9 7950X3D, 7900X3D, and 7800X3D will be shipped in February, but has not yet disclosed pricing information.

It will be especially noteworthy if AMD can offer a combination of good performance and a competitive price for these chips.

In addition to the higher-wattage processors, AMD is also introducing Zen 4 CPUs with a 65-watt TDP. The Ryzen 9 7900, for example, features 12 cores, a boost frequency of up to 5.4 GHz, and on-chip Radeon graphics, and is priced at $429.

It is intended to compete with Intel’s 13th Gen chips, offering a balance of power efficiency and performance for gaming and productivity.

All three of these CPUs will be available starting January 10th and are compatible with the AM5 platform, featuring support for PCIe Gen 5 and DDR5.