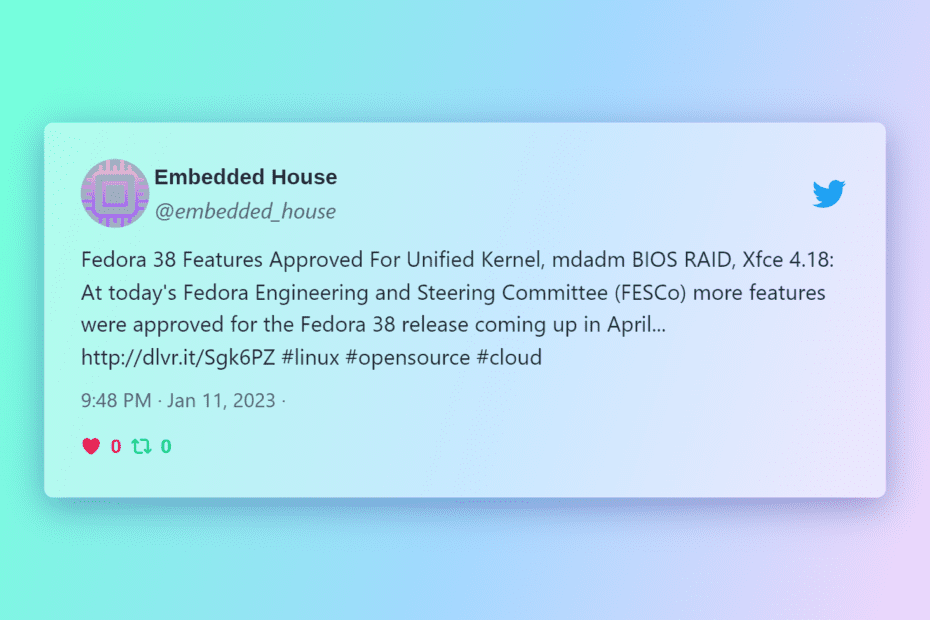 The Fedora Engineering and Steering Committee (FESCo) has approved several new features for the upcoming Fedora 38 release, set to be released in April.

One of the major changes approved is the initial phase of Fedora’s Unified Kernel Support plans. This involves the implementation of a Unified Kernel Image (UKI) as an optional sub-RPM that users can opt into, as well as updates to kernel install scripts to support unified kernels and bootloader support for these images.

Another change that has been approved is a security enhancement for the Fedora X.Org Server. By default, the server will no longer allow byte-swapped clients, a change that the upstream X.Org Server has also adopted.

In terms of hardware support, Fedora 38 will be using mdadm for BIOS RAID handling within the Anaconda installer. This change has been made as the previous tool, DMRAID, is no longer being maintained.

For Python developers, the new release will include Pyramid 2.0 as the newest major release of this framework. This version has been available since March 2021, but Fedora has been shipping the older 1.x series until now.

Finally, the Xfce 4.18 desktop packages will be added to Fedora 38 as the newest major release for this lightweight desktop environment. The new version includes improvements to the Thunar file manager, settings handling, and window manager handling, as well as performance improvements and better support for HiDPI displays.

Plans for DNF5, the package manager for Fedora, were not voted on at the meeting and will be discussed further on the mailing list.