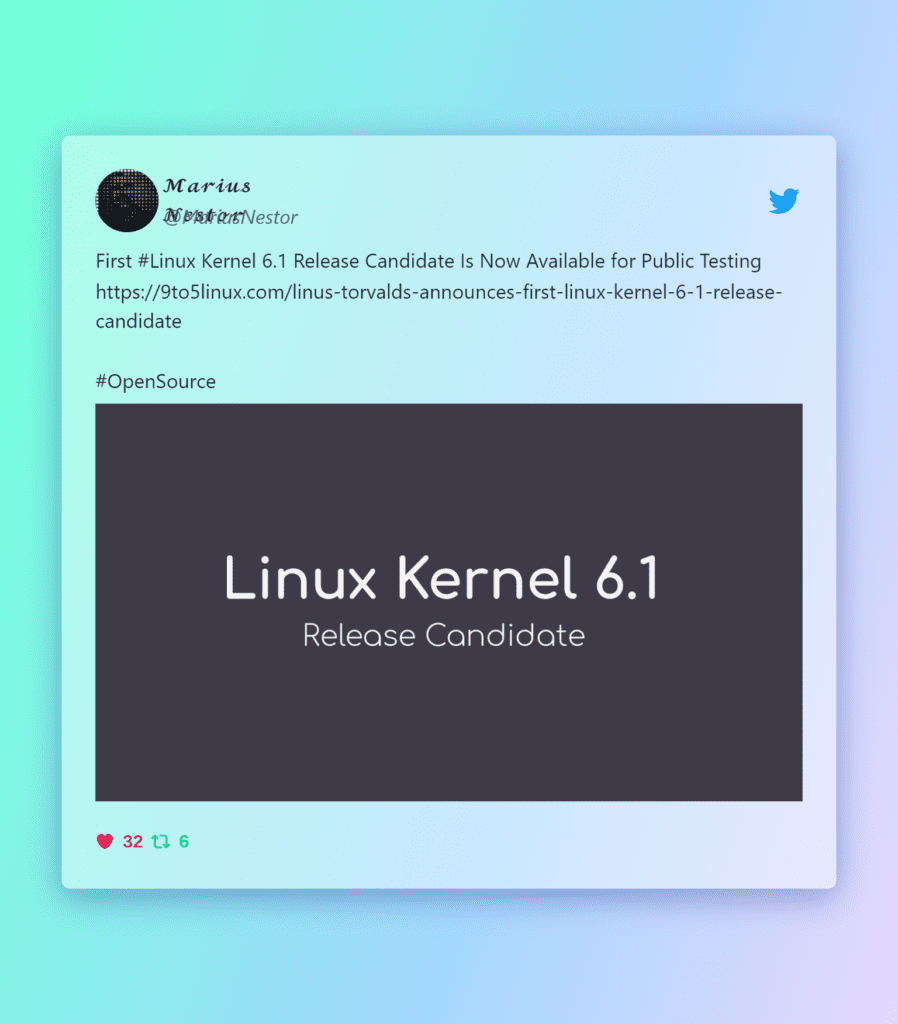 Linus Torvalds, the creator of Linux, has released the latest version of the Linux kernel, version 6.1. This new version is set to power servers, desktops, smartphones, routers, and everything in between. The Linux kernel is developed and maintained by a worldwide community of engineers and enthusiasts who contribute to the project in their free time or as part of their job.

One of the major additions to Linux 6.1 is experimental support for Rust, a programming language that is gaining popularity in the open-source landscape. This initial batch of support allows kernel developers to write kernel code in Rust.

Another addition to Linux kernel 6.1 is the Multi-Generational Least-Recently-Used (MG-LRU) feature, which optimizes page reclaim and improves performance under memory pressure. The Btrfs file system also received a “bunch of performance improvements” including a new block group tree to speed up mount on large filesystems, additional io_uring integration, and tweaked sysfs exports.

The erofs filesystem can now share duplicated data across filesystems, and the EXT4 filesystem received a flurry of fixes, cleanups, and tuneups. Linux kernel 6.1 also includes support for older Android smartphones such as the Sony Xperia 1 IV and the Samsung Galaxy E5, E7, and Grand Max.

The PinePhone Pro can now run off the mainline Linux 6.1 kernel, and there’s now an input driver for the PinePhone keyboard case. The Nintendo HID driver has been polished to work with “cheap clone” controllers, and the Logitech driver now enables HID++ usage for all Bluetooth devices.

A stack of new sound hardware support ships with Linux 6.1, including initial work for sound support on Apple Silicon, support for AMD Rembrandt with the Sound Open Firmware (SOF), and support for audio on the Mediatek MT8186 SoC.

Several new devices are supported by the kernel XPad input driver, including Xbox One Elite paddles on the original Elite and the Elite series 2. Kernel 6.1 also includes the usual sort of foundation-laying for next-gen CPUs and GPUs.

Overall, Linux kernel 6.1 is a significant update that brings a wide range of new features and improvements for users and developers alike. The community’s hard work and dedication continue to make Linux one of the most popular and widely used operating systems in the world.