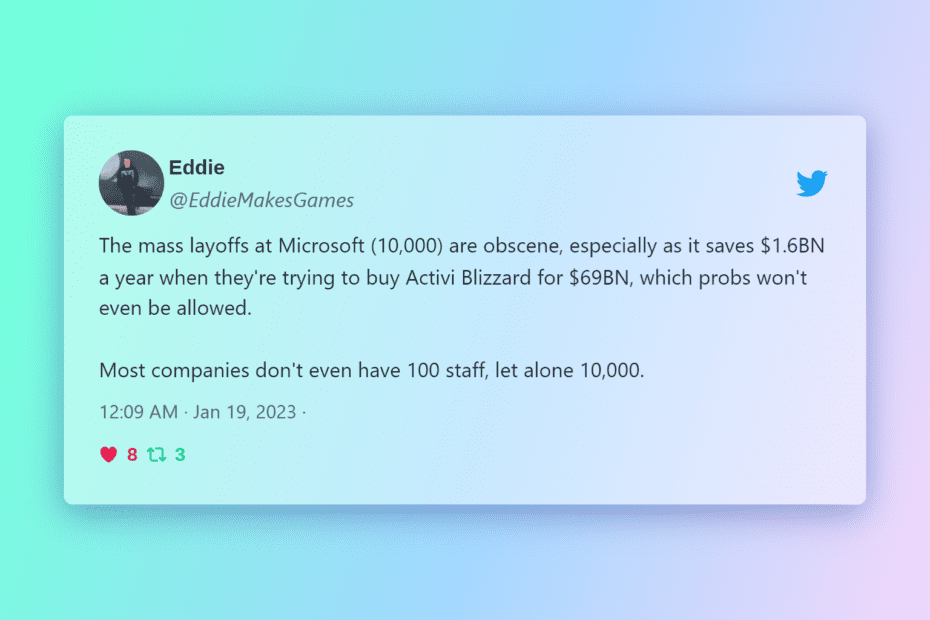 Microsoft, one of the world’s leading technology companies, announced on Wednesday that it will be laying off 10,000 employees, which is around 5% of its total workforce. The layoffs come as a result of a slowdown in the tech industry and a shift in customer demand.

In a letter to employees, Microsoft CEO Satya Nadella explained that the company is looking to align its cost structure with its revenue and where they see customer demand.

He stated that while some jobs will be eliminated, the company will continue to hire in key strategic areas. Nadella also mentioned that the company will take a $1.2 billion charge in Q2 related to severance costs, changes to their hardware portfolio, and the cost of lease consolidation as they create higher density across their workspaces.

Companies like Microsoft and Amazon are bracing for a possible recession and announcing mass layoffs.

At the same time, they’re also spending a lot of money at Davos making sure they’re being seen. @MadisonMills22 explains #WEF2023 pic.twitter.com/qe8I0mosWW

The move is not unexpected, as big tech companies like Google and Facebook have also laid off thousands of employees in recent times. Nadella assured employees that the company will treat them with dignity and respect and act transparently throughout the process.

Overall, the layoffs are a sign of the changing landscape of the tech industry, as companies look to adapt to new market conditions and focus on long-term opportunities.

Microsoft, like many other big tech companies, is also investing in areas of secular growth and long-term competitiveness for the company, while divesting in other areas. The layoffs are a difficult but necessary step for the company to remain competitive in the industry.