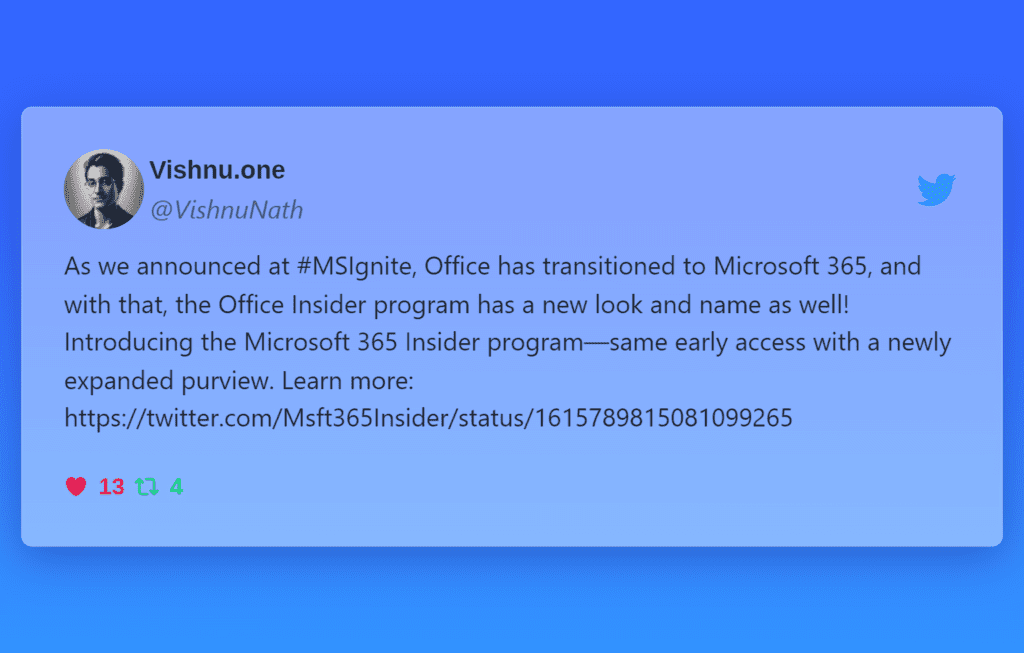 In April 2020, Microsoft renamed Office 365 subscriptions to Microsoft 365, so this change was a long time coming. The old Office name no longer made sense as it included more than just the Office apps.

As far as Insider updates go, the new Microsoft 365 Insider branding is not changing anything. Users will continue to receive updates just as they always have, but now the program has a different name on the official portal and on Twitter. The official blog will also include posts focused on products beyond the usual Office apps, and documentation such as release notes are available on the Microsoft Learn website now.

Office as a brand is not going away completely, but it will only be used for the perpetual licenses of the Office suite, such as Office 2021 and LTSC releases of Office. This way, Microsoft is drawing a clearer line between the subscription-based services and the one-time purchase licenses of Office.