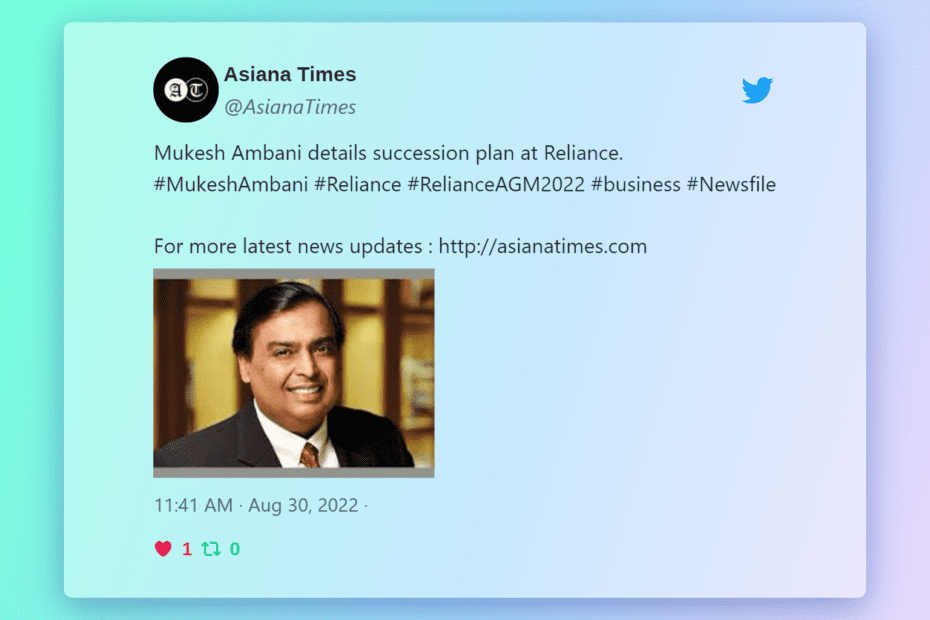 Mukesh Ambani, the billionaire chairman and managing director of Reliance Industries, has laid out the succession plan for India’s most valuable company.

During the annual shareholders’ meeting, Ambani identified his three children, twins Akash and Isha and youngest son Anant, as the next leaders of the company.

Akash will take on leadership roles in the telecom division, Jio Infocomm, while Isha will lead the retail division and Anant will head the new energy unit. Ambani emphasized that he is not retiring yet and will continue to provide hands-on leadership.

The three children have been involved in the company since its inception, with Akash and Isha playing a role in the consumer businesses and Anant joining the new energy business. All three have inherited the “mindset” of the company’s founder, Dhirubhai Ambani, and are being mentored by senior leaders, including their father and the board of directors.

This succession plan outlines a clear transfer of wealth from Ambani, who has a net worth of over $94 billion and has had a contentious relationship with his younger brother over inheritance after their father passed away in 2002 without a will.