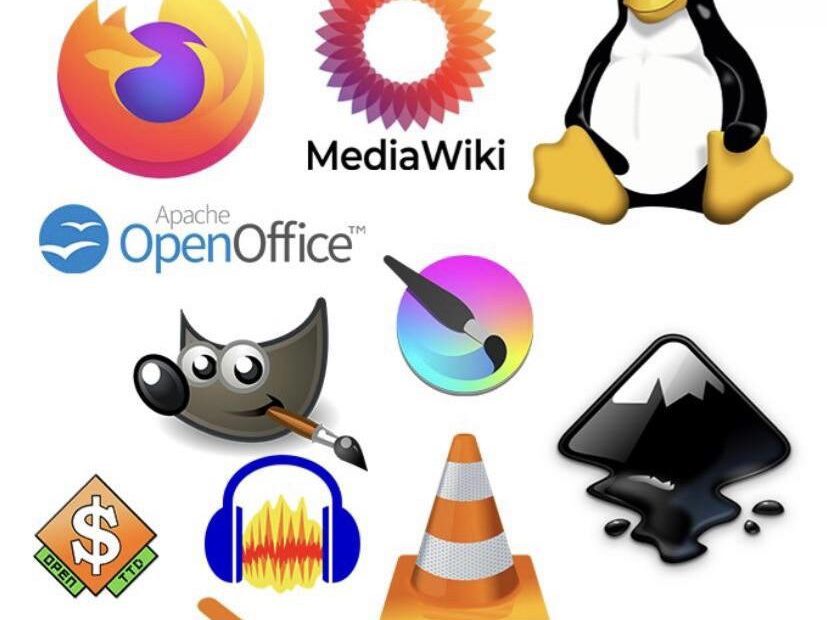 As we are very close to end this year, let’s take a quick look at the top most searched open-source software in 2022.

The mobile app industry has seen a tremendous boost this year, but still, software for Windows and Mac is in demand especially when it comes to free and open-source.

All the data is from Google Trends and it is available to the public. Feel free to check the trend of your favorite software by clicking here. 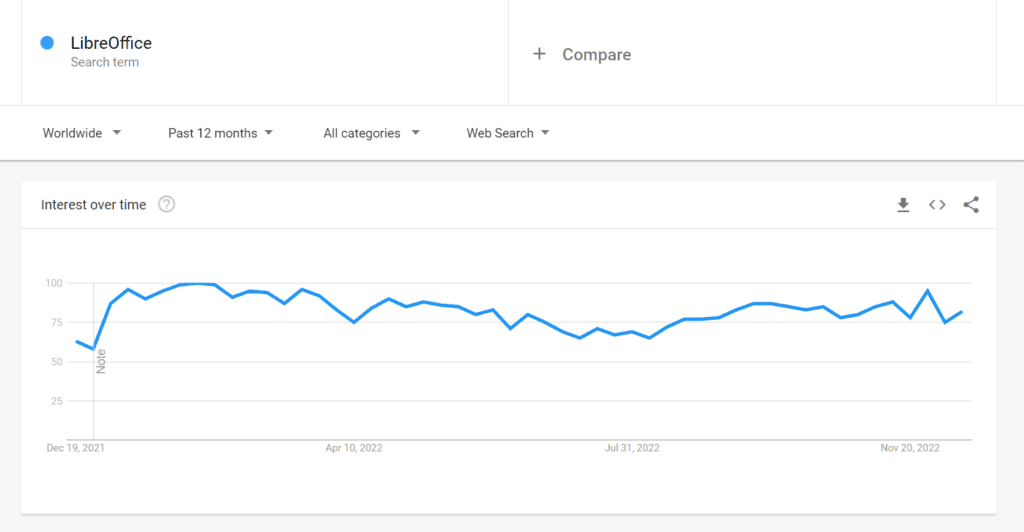 LibreOffice is a free, open-source suite of office applications. It includes programs for creating documents, spreadsheets, presentations, and databases.

It is similar to Microsoft Office but is completely free of charge and can be used on any operating system. It’s great to see how still it is a popular choice and competing with Microsoft Office.

It is commonly used for tasks such as photo retouching, image composition, and image authoring. It can be used to add special effects, crop, rotate and resize images, adjust colors, and do much more.

Notepad++ is a free, open-source text editor for Windows that provides users with powerful features like auto-completion, syntax highlighting, and advanced search and replace capabilities.

It is still popular because it is lightweight, fast, and user-friendly. It is also highly customizable, allowing users to customize the interface and create their own plugins.

Notepad++ also supports a wide variety of programming languages, making it suitable for a variety of tasks.

WinDirStat is a disk space analyzer that shows users a graphical representation of the files and folders on their computer. It helps users understand how space is being used and what they need to delete to free up space.

It also provides detailed information about files and folders, such as their size, type, creation date, last accessed date, and a lot more.

Greenshot is a screen-capture software program. It allows users to capture screenshots of their computer screen, edit them, and save them in various formats.

It is useful for creating images to share or use in documents or presentations. All the screenshot of Google Trend is actually captured using GreenShot. Previously I was using LightShot but switched to GreenShot recently.

Clonezilla is an open-source disk cloning, imaging, and backup program.

It can also be used to create multiple copies of a system setup, which can be used to quickly replicate a working system on multiple computers.

VirtualBox is a virtual machine software that allows you to run multiple operating systems on a single computer.

It’s like having a computer within a computer, allowing you to use different programs and applications on different operating systems without needing to have multiple physical computers.

Audacity is a free, open-source audio editing software. It allows users to record, edit, and mix audio files, as well as apply various effects and filters to them.

It is popular among amateur and professional audio engineers alike, as it is relatively easy to use and offers a wide range of features.

Inkscape is a free and open-source vector graphics editor. It allows users to create and edit vector images, which are made up of lines, shapes, and other graphical elements.

It is widely used to create logos, illustrations, diagrams, and other artworks.

Openoffice is a free, open-source software suite that provides word processing, spreadsheet, presentation, and other tools for creating, editing, and viewing documents.

It is available for many different operating systems, including Windows, Mac OS X, and Linux. Openoffice is a great alternative to Microsoft Office and can help save money by not having to purchase expensive software.

More and more users are looking for open-source alternatives these days which encourages and empowers developers.

Open-source software allows for greater innovation, collaboration, and cost savings. It also helps to promote security, as open-source code can be publicly reviewed for potential vulnerabilities.

Click to read: 5 Easy Ways to Make Passive Income From Your Open-source Projects