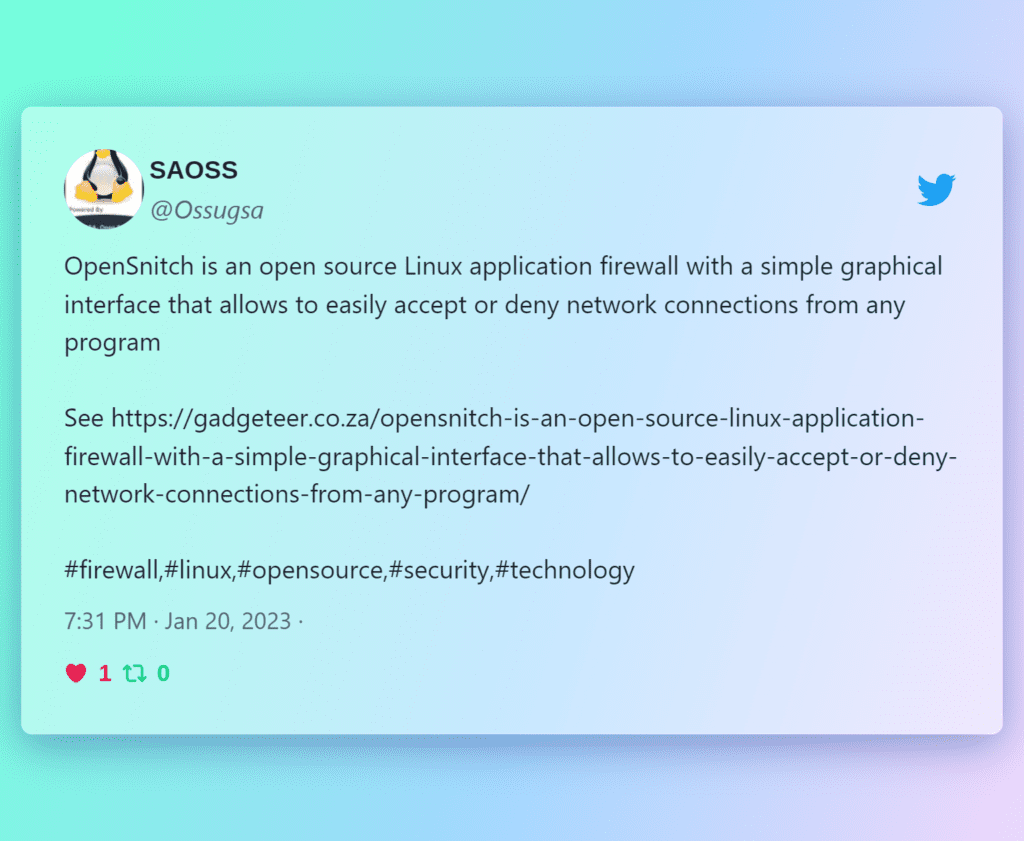 OpenSnitch, an open-source application firewall, is coming to Debian, one of the oldest and most popular Linux distributions. OpenSnitch is an open-source port of the popular macOS app Little Snitch, which informs users when an app attempts to access the internet. This feature is useful for identifying apps that “phone home” without the user’s knowledge.

Developer Petter Reinholdtsen has been working with the OpenSnitch developers to bring the app to Debian. In a recent blog post, Reinholdtsen described his efforts to package the app for Debian.

He explained that the OpenSnitch package has been in development since 2017 and is now in version 1.5.0. There has been a request for Debian packaging since 2018, but no one had completed the job until now.

Reinholdtsen stated that he decided to take on the task for fun, and was pleased to find that the OpenSnitch developers also wanted a Debian package. After some initial struggles with getting the program to run, Reinholdtsen is now sponsoring upstream to maintain the package in Debian.

The package has been waiting for review by the ftpmasters and may be included in the upcoming Bookworm release.

The news of OpenSnitch coming to Debian is welcome for users of the popular Linux distribution. Since Ubuntu is based on Debian, it is likely that OpenSnitch will also make its way to Ubuntu in the near future.

The popularity and positive reviews of Little Snitch and OpenSnitch make it a valuable addition to the security toolkit of Linux users.