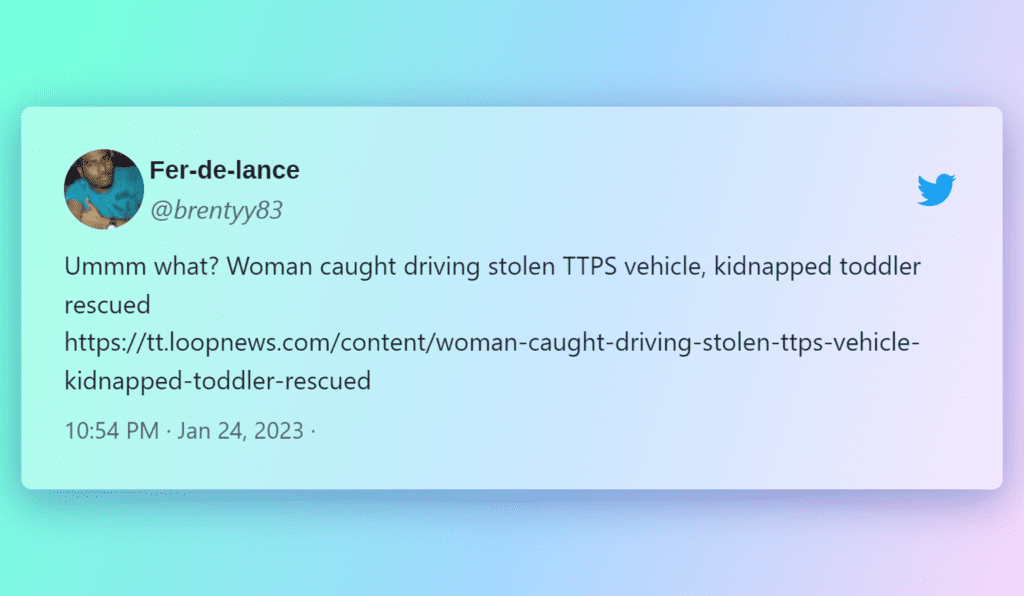 On Monday evening, a one-year-old toddler was kidnapped and taken on a high-speed drive in a stolen police vehicle. The child was later rescued and reunited with her parents after a hot pursuit by police officers.

According to reports, the incident began when the parents of the toddler were visited by a young woman they knew. The parents stepped away for a moment to attend to a family matter, but upon returning, they realized that their guest and child were missing. The parents searched the village and asked residents, who told them that they saw the woman walking with the baby in a northerly direction along Tumpuna Road.

Upon checking, they discovered the kidnapped toddler in the vehicle. The child was removed, reunited with her parents, and escorted to the hospital for medical attention. The police vehicle had been stolen from the Cunupia Police Station District.

The 24-year-old woman who was driving the stolen vehicle has been arrested and is currently assisting police with their investigation. The incident is still under investigation.