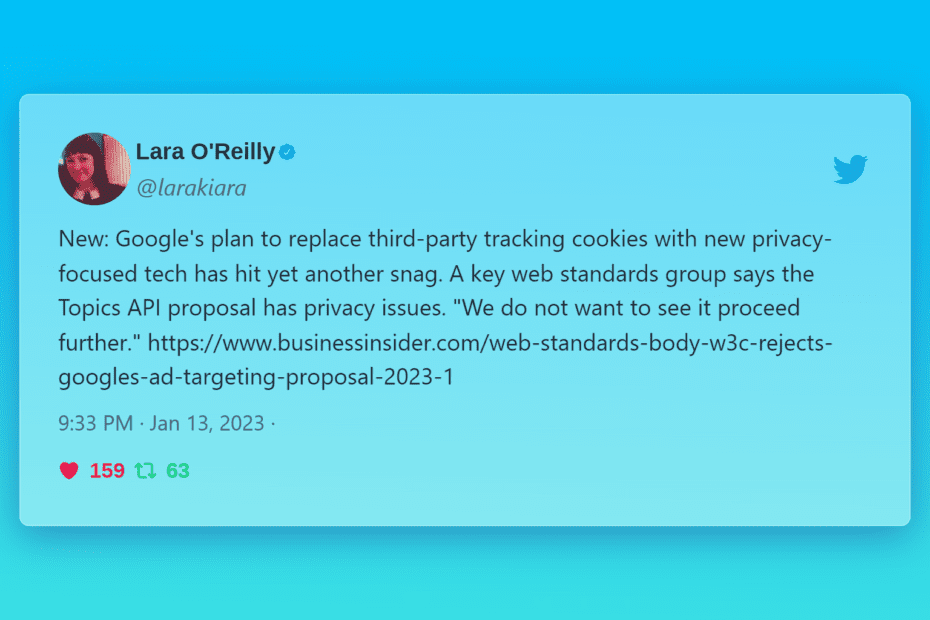 Google is facing criticism for its plans to ignore calls to rethink the Topics API, a key ad-targeting component of its Privacy Sandbox proposal. The World Wide Web Consortium (W3C) Technical Architecture Group (TAG) has raised concerns that the proposed Topics API fails to protect users from unwanted tracking and profiling and maintains the status quo of inappropriate surveillance on the web.

Other browser engines developers, such as WebKit and Mozilla, have also criticized Google’s approach. The risk of web user experience fragmenting if there is limited support among browsers for Topics is also a concern.

Despite this, the U.K.’s privacy watchdog, the Information Commission’s Office (ICO), appears content to stand by and let Google proceed with the proposal. The ICO did not comment on the TAG’s assessment but did say it is continuing to engage with Google and with the U.K.’s Competition and Markets Authority (CMA) under commitments made by Google last year to the competition watchdog.

Google, however, maintains that Topics is a significant privacy improvement over third-party cookies and that it is committed to moving forward with it.

The ad-tech industry has long been mired in regulatory and reputational issues related to privacy and the ICO’s silence on the matter raises questions about their effectiveness in protecting users’ privacy in the face of powerful tech companies like Google.